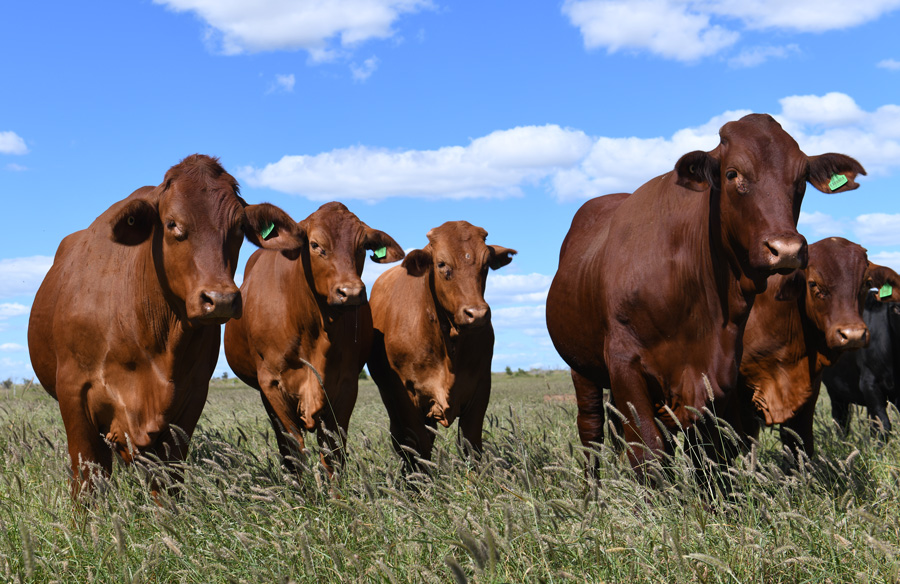 For well over a century leading up to the 1960’s Australian settlers cursed the dense Brigalow scrubs which defied the axe as they tried to clear forests for agriculture and pasture west of the Great Dividing Range. They quickly realised the ability of Brigalow to reappear as dense sucker regrowth, which was even more difficult to remove.

Mechanised clearing began in the 1960’s and the Queensland Government then implemented the Brigalow Development Scheme for Areas 1, 11 and 111. By the mid 1970’s, a good proportion of the original Brigalow scrub had been developed to pasture. Aerial spraying of 245-T herbicide mixed with diesel was used to control the vast amounts of suckers which regrew following the initial development.

Public pressure for the withdrawal of 245-T herbicide from the market instigated the quest for a replacement herbicide in the 1980’s. In June 1986 GraslanTM (200g/kg tebuthiuron) herbicide was launched by Elanco for aerial application to control brigalow re-growth.

A granular product, Graslan herbicide is impregnated in clay, making it easy to use as an aerial application. It also has a nil withholding period for livestock.

“While working for the Queensland DPI in 1982 I assisted the Elanco researcher, Ian Sellers, to find the original location of trial sites in central Queensland,” he said.

The three years of trial work were carried out on the following properties:

Commercial application of Graslan was first carried out on a property in central Queensland in June 1986.

“The first Graslan application was on “Palmalmal” north of Dingo,” said Graham. “The property owner – Dave McClymont – was a pilot in WWII and had crashed his plane at Palmalmal in New Guinea.”

“Howard Thompkins oversaw the first commercial job and still works as an independent mapping consultant in the Graslan team to this day,” he added.

“I recall the Queensland government (DPI) had a Woodland Clearing Strategy Trial near Dingo in the late 80’s/early 90’s which compared tree clearing by bulldozer, aerially applied Graslan & Tordon® TCH stem injection,” he said. “The best level of woody plant control and pasture response was Graslan, and it’s been the go-to control for Brigalow re-growth and other associated woody weeds ever since.”

Graslan was re-evaluated in 1990–92 due to some efficacy issues on heavy clay soils and was relaunched in 1999 by Dow AgroSciences (who purchased Elanco in the 1990’s). 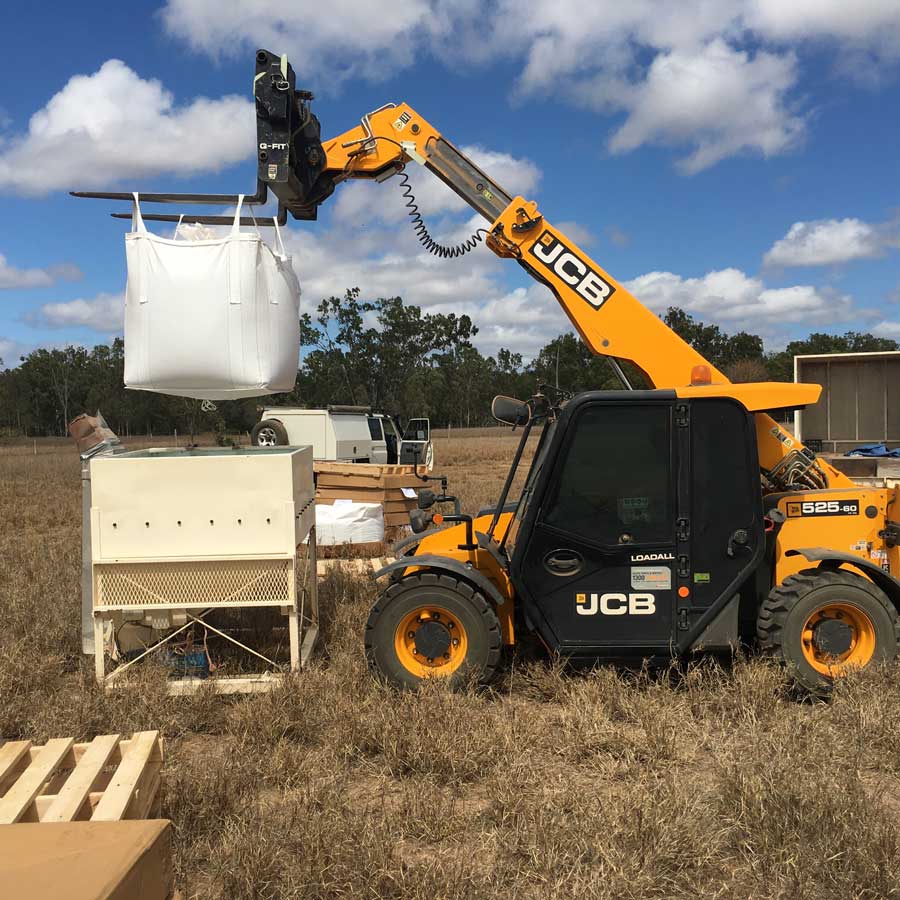 Following another three years of trial work looking in more detail at rates on clay soils, Graslan was registered at increased label rates and with an expanded label in Queensland and the Northern Territory. The new label included additional species such as Gidgee and Poplar box.

On re-launching Graslan, Dow AgroSciences (Dow) also moved from using four aerial contractors in both Queensland and New South Wales to using a sole aerial applicator – Aero Professional Services (APS) – who are still the exclusive applicator to this day.

“In the early days Graslan was all flown on using manual flagging,” said Graham. “Nowadays we access and map to a grazier’s regulated vegetation map housed on Queensland Globe to access the most up-to-date imagery available. This is all imported into the aircraft’s computer and Graslan is applied using the latest GPS tracking systems.”

He added that there had been a number of other significant changes for aerial Graslan application since 1999.

“A couple of major Queensland government legislations regarding vegetation clearing and the reef over the past two decades has meant increased administration and record keeping for graziers,” he said.

“Legislation compliance has also seen a ‘no application’ window from 1 November to 30 April in the reef catchment areas.”

Over time technology has advanced to allow for an improved application process giving more accurate distribution.

“Meter rates are ground speed driven now, and we’ve worked with the spreader to get the spreading pattern on the ground right for more accurate dosing,” said Graham.

Aerial application has also been able to move to bulk handling using one tonne bags and telehandlers to load the plane. 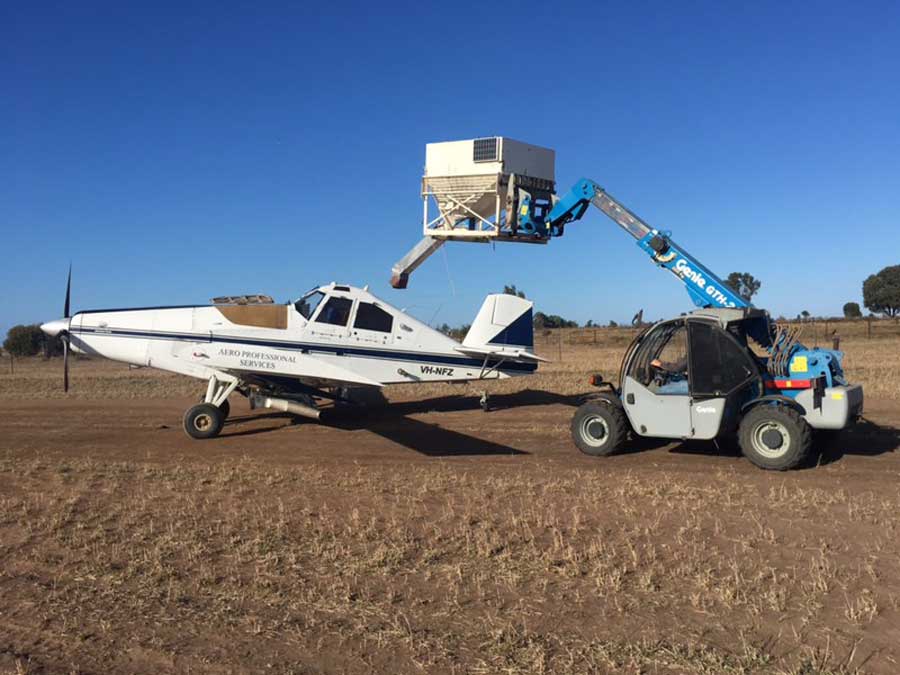 Graslan – manufactured in Australia since 1986

While the tebuthiuron technical was originally sourced from the United States, then South Africa and now China, Graslan has been manufactured in Australia at St. Marys (Sydney) since it was introduced in 1986.

“Graslan has always been manufactured here using a unique recipe that produces less dust than generic formulations,” said Graham. “The quality is due to the way it is dried and coated at the end of the production process.”

“The quality of the formulation gives a number of benefits out in the field including less pellet crumbling, more uniformity of pellets on the ground, less dust when handling and more accurate calibration of the aircraft.”

Origin of the Graslan quality guarantee

Graslan is the only tebuthiuron in the market with a written performance guarantee forming part of the contract with the grazier. The guarantee was started in 1999 when Graslan was relaunched as both Governments and the APVMA would only register Aerial Graslan if the company had total control of the application process.

And so, the unique performance guarantee was started in 1999, alongside a full-service model including mapping, application supervision and use of an accredited aerial applicator – a service that continues today.

“Because we had complete control from manufacture to application, we were able to offer a quality guarantee,” said Graham Fossett, an independent mapping consultant in the FMC Graslan Team. “This also enabled us to address any efficacy issues that may have arisen.”

“The written performance guarantee remains a critical part of the Graslan offer to this day.”

“It means that FMC will treat an equivalent area of regrowth with Graslan (at FMC’s expense), to that area not achieving a commercially acceptable level of control.”

“Treating regrowth is a large upfront outlay and the written guarantee gives graziers peace of mind that they’ll get a result from their investment,” he added.

In 2016 Dow announced divestment of the Graslan business globally and the withdrawal of the in-field application service in Queensland.

Aerial application of Graslan is a full service model unique to northern Australia. FMC continue to partner with independent local specialists with over 100 years combined experience, who are responsible for on-farm paddock inspections including GPS mapping of the area to be treated; an assessment of soil type, topography and vegetation; and interpretation and compliance with the Vegetation Management Act 1999 and reef protection regulations.

“Graslan has been the trusted name for brigalow regrowth control for nearly 35 years, and there’s a number of us in the team who’ve been working with the product here in Queensland for over 30 years,” said Graham.

“It’s important to ensure continuity of service and invest in the next generation of specialists,” said Graham. “Meg Leahy, our new consultant in central Qld is second generation, with her father, Stu, previously having been a member of the Graslan aerial team for 24 years.”

Matt Ahern, who has developed his own property south of Roma, is based in the Maranoa district.

“You know you’re in good hands when you use the aerial Graslan team,” he added, “and aerial application using Graslan will continue to be an integral part of woody weed and regrowth management to maintain good beef production country in the north for years to come.” 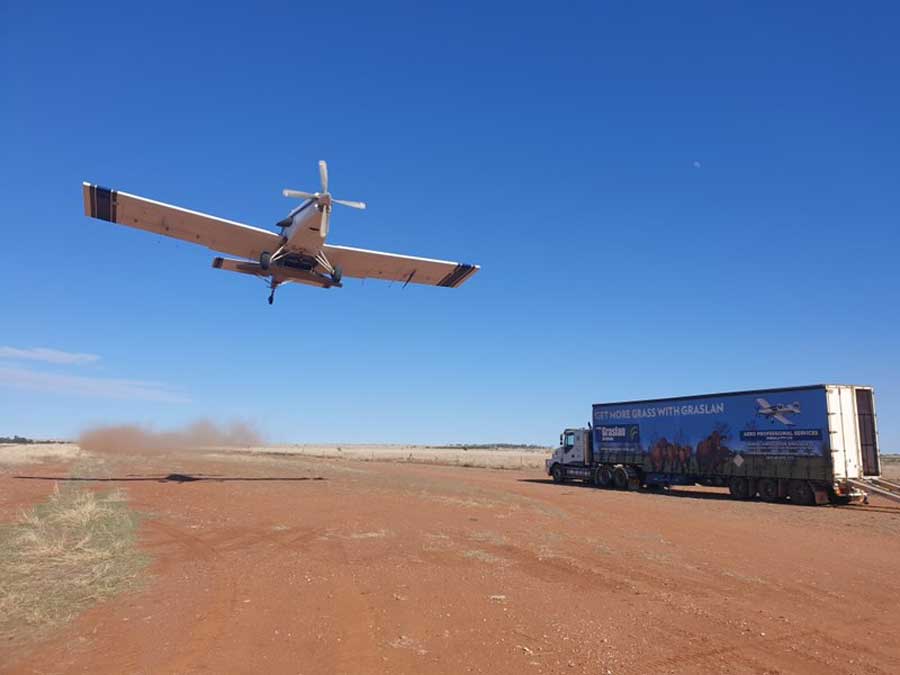